Start a Wiki
Welcome to the Shovel Knight Wiki!

Shovel Knight is a 2D side-scrolling platform video game developed by Yacht Club Games that was
initially released on June 26, 2014 for Microsoft Windows, Nintendo Wii U, and Nintendo 3DS, but was
later released for OS X, Linux, PS3, PS4, PS Vita, Xbox One, Amazon Fire TV, and Nintendo
Switch. Four expansions have been released in the following 5 years.

The main story follows a brave, shovel-wielding adventurer named Shovel Knight who is set on a quest to
rescue his beloved partner Shield Knight from the Tower of Fate. However, he first must defeat
The Enchantress who is protected by her Order of No Quarter, a group of eight villainous knights who have
taken over the Valley.
Treasure Trove and beyond

Pocket Dungeon
Add a photo to this gallery
Content

The Enchantress
Add a photo to this gallery
Featured Videos 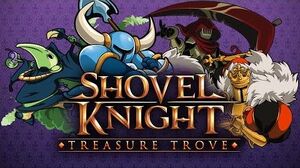 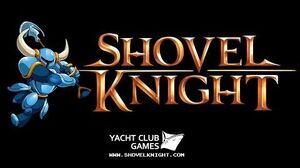 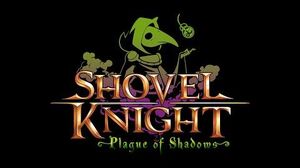 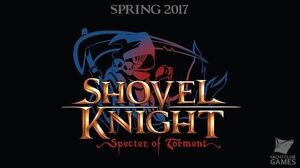 Created by fans, for the fans, the Shovel Knight Wiki is dedicated to creating a comprehensive and informative resource about all things related to Yacht Club Games' 2D platforming series, Shovel Knight.

If you wish to contribute to the wiki, be sure to login and read our policies and the manual of style for editing and behavioral standards.

Want your community included? See how!

Retrieved from "https://shovelknight.fandom.com/wiki/Shovel_Knight_Wiki?oldid=36728"
Community content is available under CC-BY-SA unless otherwise noted.