Amiibo (officially stylized as amiibo) is a brand of toys-to-life figurines, cards, and other products developed by Nintendo. Due to its runaway success, the Nintendo versions of Shovel Knight have, among other things, the luxury to possess specific Shovel Knight-themed amiibo.

The Shovel Knight amiibo was first announced August 27th 2015. It unlocks features in the Wii U, Nintendo 3DS, and Nintendo Switch versions of Shovel Knight: Treasure Trove, a boss fight in Azure Striker Gunvolt 2, as well as a few miscellaneous features in other Nintendo amiibo compatible games. To be used with the original Nintendo 3DS, 3DS XL, or 2DS consoles, a NFC Reader/Writer accessory is required.

Plague Knight, Specter Knight, and King Knight amiibo were released together in a 3-pack of all three amiibo on December 10th, 2019. Each amiibo unlocks another Fairy Companion, unique costume sets for each character, additional challenge stages, and other bonuses, one of which is a Showdown costume. 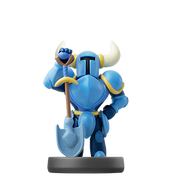 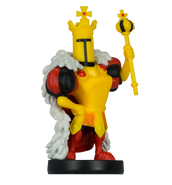 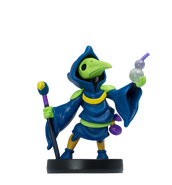 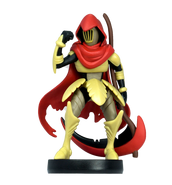 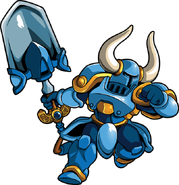 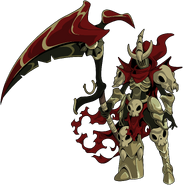 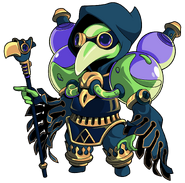 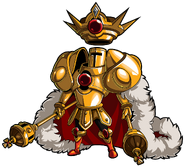