Roaming (Shovel of Hope, Plague of Shadows, King of Cards)

The Baz is one of the Wandering Travellers in the world of Shovel Knight: Treasure Trove. Baz was created by Matt and Woolie of the Best Friends Zaibatsu as Directors for a Day.[1]

Baz is a man with a mission: to prove himself strong and be recognized by his strength. His iron will is second to none; his dream is to join the The Order, even though he has no clear reason to do so other than status. He is quite loud and often obnoxious, being a bit clueless. Despite trying his hardest to look cool, the Baz gets emotional over the slightest things. He breaks down and bawls like a baby after his defeat in Shovel of Hope, while in Specter of Torment he leaves the tower in a fit of rage after being rejected by his idols, the Order of No Quarter.

After Mr. Hat's Fancy Shop falls in the Armor Outpost, Baz manages to steal his armor from the establishment and get away with it, until both are trapped in the Mirror of Fate and fight. In the end, Baz pays by cleaning the shop's floor so Baz's debt is settled.

Reize first meets Baz during Shovel Knight Showdown, where he is Baz's student for training and learning battle techniques. At the end, Baz says that they need to fight each other to be able to escape and that he already taught him everything. After that, they meet again in Shovel Knight: Shovel of Hope at the Mysterious Area, where Reize once again asks to be his student. During the ending of said game, they are also together alongside other Wandering Travellers fighting Liquid Samurai.

When Shovel Knight encounters Baz in Shovel of Hope, he is still fuming from being rejected by the Order of No Quarter. He expresses the belief that if he defeats Shovel Knight he will be a Knight and thus he can join the Order. After being defeated he breaks down crying that he will never be able to join the Order.

Baz also appears in the Mysterious Area after the exclusive Battletoads fight. He expresses an admiration of the Battletoads and their look, and wish to be taught by them. Reize however believes Baz is already the greatest and asks him to be his teacher. Baz will also occasionally join the Battletoads and Shovel Knight to strike cool poses.

During the credits, Baz is seen with the other Wandering Travellers fighting off a group of Liquid Samurai.

Baz fights Plague Knight in Plague of Shadows to prove his intellect, because according to him, if you defeat a scientist you become one. After his defeat, Baz can be hired by Plague Knight to work in his underground lair. If hired, he will dress as a Plague Minion, and from then on he can be seen inside the lair, where he will give off some humorous dialogue whenever spoken to. He proves his use if Plague Knight talks to him in the Potionarium; Baz will give him the maximum Tonics for free, claiming he snatched some from the Magicist while she wasn't looking. He will give Plague Knight free Health Tonics the first time he's spoken to at the Potionarium, and he restocks whenever Plague Knight defeats a new boss for the first time.

When Specter Knight is about to leave the Tower of Fate on his eighth of nine recruitment missions in Specter of Torment, Baz will crash in through the left window. He asks if he's late to the knight meeting and expresses that he wants the power of lightning. However, both Specter Knight and Reize are quick to dismiss the unwelcome visitor. Shot down immediately, Baz was deeply hurt by the two's complete disinterest before leaping away. Specter Knight then makes a humorous remark about the Tower of Fate needing bars on its windows, nodding the fact that Reize crashed through the right window previously.

Baz appears after King Knight leaves the Glidewing for the first time. When approached, he is at first annoyed by King Knight's interruption of his private training, but as soon as King Knight mentions Joustus Crown contest, he becomes interested. But he incorrectly assumes that defeating a person means taking their title and before King Knight can properly explain, he is attacked. King Knight beats him and leaves. Baz is later seen in the Glidewing, sitting at the table. After learning that King Knight plays Joustus, he is excited to play with him. Finally, he is seen during the ending, specifically in the Armor Outpost. After Mr. Hat's Fancy Shop is dragged/dropped into the outpost, he and few others go inside and look at the merchandise.

"Baz:
Arrrrggggghh!
I can't believe this!"
"Shovel Knight: Trouble, friend? Have you lost your way?"
"Baz: Bought the
best gear
, the
slickest armor
, the
strongest rope
..."
"Shovel Knight: Er... pardon? Are you in need of help?"
"Baz: Those stuck-up Order of No Quarter clowns have
no idea
what they're missing! Hey!
you
look like a knight!"
"Shovel Knight: Shovel Knight, at your service. But I'm not in league w--"
"Baz: So I heard if you
beat
a
knight
, you get to take their title. Right?"
"Shovel Knight: Please, don't do something you'll regret, I don't want t--"
"Baz: The Great
Baz Knight
! Like the sound of
that
! They'll have
no choice
but to accept me
now
! Come on, let's
do this
!!"

"Baz: No way! Not even my best moves could faze you!"
"Shovel Knight: Well fought. If you can accept defeat like a true knight, you'll always have your dignity."
"Baz: Now they'll never let me into the Order! Never ever ever!
Wahhhhhhhhh!
"

"Plague Knight: Ah, Polar Knight! I had some business I had to... No, wait, never mind, it's ... just a commoner!"
"Baz: Ugh!
forget the stupid
Order of No Quarter
!
Maybe I just need a new
angle
... something where I can show off my
big huge brain! Hey you
, you're a scientist, right?
You sure look like one.
So if I beat you in a fight, then
I'll
become a scientist!"
"Plague Knight: Heh, uh, I have absolutely no idea what you're going on about."
"Baz:
Hahaha!
I see my natural science talents are already messing with your mind!
Check out this string theory!
"

"Plague Knight: Hee hee... looks like the only thing you should be hitting is the books!"
"Baz:
*sniff*
...That's one more loss for the Baz. I guess I'll just stay here, since I ain't no good at nothin'..."

"Plague Knight: Hee hee! I know somewhere you'd fit
right in
! But you'd have to observe protocol! There's a uniform!"
"Baz:
No way!?
Are you for real? OK!
Let's do this!
I promise, I'll polish every beaker! Or am I thinking of flasks? Whatever,
let's scrub down!!!
"

When clothed up as a minion:

"Baz: Oh man! I look
awesome!
You won't regret this! See ya back at the lab, teach!"

In the Potionarium, without max Health Tonics:

"Baz: Hey boss. I swiped these potions from the Magicist when she wasn't looking. You shouldn't have to pay for these! right? Here, take 'em!"

When talked to at the Potionarium:

"Baz: Man...this science stuff is
really hard
. And these minions... they're sorta not the sharpest tools in the shed."
"Plague Knight: (Hee hee, I did say he would fit in perfectly!)"

"Baz: I looked at every book here... but I still can't figure out how I'm able to shoot lightning. I guess not even science can explain the Baz!"
"Plague Knight: (Hmm... Learning requires that you read books, not just look at them.)"

"Baz: The more I learn about physics, the more I realize how dangerous it was to swing around that rope! I could have really gotten hurt!"

"Baz: Watch out for that Shovel Knight guy! I coulda whipped him pretty good, but the Baz is merciful."

"Baz: Check out all of these nerds!
Hahahaha!
"

"Specter Knight: We should really get some bars for the windows."

"Baz: Hey, nice armor, bud! But beware, this is a
private
training spot. You're interrupting some
private training.
"
"King Knight: King Knight needs no training! I'm already well on my way to defeating the Joustus Judges. When I do, I'll take the Joustus Crown, and the title of King of Cards!"
"Baz: Whoa, a fight with judges in it? And if you beat 'em, you get to take their...
title?
"
"King Knight: Now, wait just a moment. A title isn't--"
"Baz: ..And if you're King Knight, that means beating you would make me... a king
and
a knight?"
"King Knight: That's not exactly how it--"
"Baz: King Knight!
This bout... is for the title!
I mean,
titles!
Are you prepared to get
wrecked?!
"

"Baz: Whoa, you play Joustus too? I'm
so into it!
Joustus!! Pushin' people around, blowing stuff up. Joustus
rules!
I got arrows for days, buddy!
Full deck!
Think you can step to
this?
" 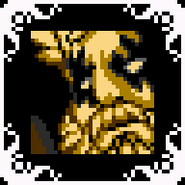 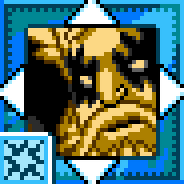 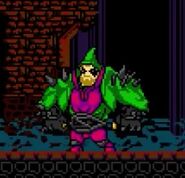 Baz as a Plague Minion in Plague of Shadows.
Add a photo to this gallery

Retrieved from "https://shovelknight.fandom.com/wiki/Baz?oldid=37575"
Community content is available under CC-BY-SA unless otherwise noted.