Chester is a shopkeeper in Shovel Knight: Treasure Trove who looks for Relics and Arcana and resells them. He can usually be found hiding in blue chests in Order of No Quarter stages. He also makes an appearance in Shovel Knight Dig.

Chester wears white and blue clothing somewhat resembling a blend between a pirate and fortune teller. He has a teal headband that covers his eyes, and hairbands on his locks, as well as a teal binding and boot lining. His pants and gloves are a navy blue, matching his hair, and he wears a white tunic. He wears gold bangles, rings, a gold necklace, and golden ornaments on the hem of his tunic. He is often seen standing on his large light blue chest with golden lining, arms in his pants.

In Shovel of Hope, outside of his usual hiding spots, Chester can be found at the Juice Bar's reserve beneath the Village. He sells Relics to Shovel Knight, like the Fishing Rod and the Chaos Sphere, as well as missed Relics in stages however at a slightly higher price.

He appears again in the ending, watching the fall of the Tower of Fate and rejoicing with the rest of the Village's residents.

In Plague of Shadows, Chester can again be found in Order of No Quarter stages, where he sells Arcana. However, because he is mistrustful of alchemists, he will severely overprice them. But he also offers an alternative: If Plague Knight can find any Relics, he will exchange them for the Arcana, free of any extra charge. These Relics would turn out to be the same items that Chester would later sell to Shovel Knight. He can also be found at the Armor Outpost but can only be talked to once Plague Knight clears it of Knights. He then offers any Arcana Plague Knight missed as well as a Big Tonic Bag.

He appears again in the ending to celebrate the end of the Enchantress' terror with the rest of the villagers.

When talked to in the Village and if he has deals:

"Chester: Psst... Hey, blue guy, you wouldn't
believe
the merchandise I've got for ya today... Why not have a look?"

After buying all the Relics he has to sell at the Village:

"Chester: Hey, you bought up all the Relics I had on hand, but don't worry, I'm already planning my next trip!"

At the Village, after acquiring all Relics:

"Chester: Brings a tear to my eye to see a walking reliquary like yourself. Reminds me of why I got into this business, buddy."

When found in all stages but the Iron Whale:

"Chester: In the Village or out in the fields, I have all the deals! You're not gonna
believe
what I just found in this chest. Want to see?"

When refusing to pay for his discounted Relic:

"Chester: Not your style, eh? Well, if you change your mind, you know where to find me - in the Village, that's where!"

When talking to him after buying his stage Relic:

"Chester: So how's that investment working out? It's a pretty great relic, y'know.
Sniffle
, I miss it already!"

After rescuing him from the Teethalon:

"Chester: Eels alive! I haven't had a ride like this in ages! I...
Think I'm gonna be sick
... Anyway, I'm about to drop another great deal on you! Want to see?"

Opening his shop in stages:

"Chester: Poured in a beaker or stuffed in a bag, Chester's always got the swag!"

"Chester: Nice Relic, pal! Y'know, I could take that off your hands... ...and give you something a little more.... interesting."

Refusing to trade a Relic:

"Chester: You sure? That thing's deadweight to an alchemist like you. You oughta trade it to me!"

Accepting to trade a Relic:

When not possessing any Relic Chester is interested in:

"Chester: Taking gold from an alchemist? I wasn't born yesterday, chum. Maybe we could barter if you had some Relics? If you really have no Relics, we can do cash. But it won't be cheap! You still in?"

"Chester: Too steep? I getcha. Come back when you have Relics to trade me! Or, bring 'em to me at the Armor Outpost, and we'll do business... if you can even get in there.."

Returning to Chester after buying or trading his Arcana:

When opening his shop at the Armor Outpost:

"Chester: Psst... Hey, green guy. I'm loaded with deals that'll blow you away! Why not have a look?"

When talking to him after buying everything in the Armor Outpost:

"Chester: Seesh, you're a walking Explodatorium! Go out there and make some noise!"

When talking to him after buying out all of his Arcana:

"Chester: Hey, I'm out of Arcana, 'cause you've bought it all up! Don't worry, we'll restock real soon. I know a guy."

At the three first Houses of Joustus:

"Chester: Hey there,
Your Highness
. I've got some hot merchandise to juice up your Joustus game... Why not have a look?"

"Chester: Fancy seeing you here, Your Highness! The Glidewing is
full
of the types that love to buy my merchandise... Why not have a look?"

"Chester: Whoa, it looks a bit too dangerous in there for Chester... But you
royals
can go wherever you please, eh?? But still, I'm open for business now. A glance at my wares?" 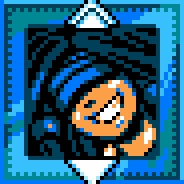 Chester's offers.
Add a photo to this gallery
Retrieved from "https://shovelknight.fandom.com/wiki/Chester?oldid=36479"
Community content is available under CC-BY-SA unless otherwise noted.