The Goatician is a minor character in Shovel Knight: Treasure Trove who resides in the Village. He sells Meal Tickets. He is also a fine player of Joustus.

The Goatician is a bipedal goat tactician wearing a dark blue coat and carrying a book around. He frequently tears a page out of his book to then eat it.

In Shovel of Hope, the Goatician can be found in front of the shops in the Village. He is having trouble deciding on whether to upgrade magic or health, and sells Meal Tickets to Shovel Knight in order to lower his options.

His prices increase with each ticket bought: 1000, 4500, and then 6000 gold. Afterward, he will claim that he no longer possesses any Meal Tickets because he has eaten the rest.

"Goatician: Ah, decisions, decisions! Should I extend my Magic or Health? Or just eat a tin can? Why not buy my Meal Ticket and help narrow my options?"

When refusing to buy a ticket:

"Goatician: Ah, very well. I shall continue to weigh my options! A tactician such as myself should consider all avenues!"

When all tickets have been bought:

"Goatician: Thanks for buying my Meal Tickets. I'm all out now. Had more, but they became meals before I arrived!"

"Goatician: What a delicious game Joustus is.
I
mean
delightful! I'm like a kid again, when I play!"
"Goatician: As you might've over-herd, I've become un-bleatable! Care to butt heads?"

When accepting the duel:

"Goatician: I've deliberated over my deck for days. But now, it's goat time!" 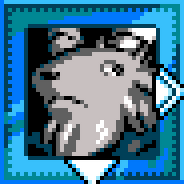 The Goatician in-game.
Add a photo to this gallery

Retrieved from "https://shovelknight.fandom.com/wiki/Goatician?oldid=32542"
Community content is available under CC-BY-SA unless otherwise noted.