Start a Wiki
watch 02:38
The Loop (Games)
Do you like this video?
Goldarmors are among the toughest minor enemies in Shovel Knight: Treasure Trove and Shovel Knight Dig. They appear as guards wearing a set of armor but behave differently than Knights in combat. They come in several varieties and are encountered in most stages. Many of them also wander in the Tower of Fate hub, with one in particular having a minor role. In Shovel Knight Showdown, a Goldarmor appears as a playable character.

Goldarmors are tough, possessing a rare five hit points, as well as a defense against the Shovel Drop and other direct attacks, thanks to their shields. When fighting Shovel Knight, they hold their shield in front of them protecting them from slashes. If Shovel Knight jumps above them, they move their shield above them to defend against the shovel drop. Their main attack is to thrust their sword forward, though this leaves them open just before they attack. Owing to this there are two main ways to dispatch them with the Shovel Blade; either waiting for them to prepare the thrust and strike at the opening or jumping in front of them and when they move their shield above them strike them after landing. Alternatively, one can break through the shield with a charge slash.

In Plague of Shadows against Plague Knight, they can also hold their shield in a fashion of 45 degrees upwards, in order to defend against bombs. Additionally, hitting Goldarmors three times in quick succession with Plague Knight's bombs will cause Goldarmors to stagger and leave them open to attack for a short time.

In Specter of Torment and King of Cards, some Goldarmors wield a flail instead of a sword and shield and as such are known as Flailarmors. While this makes them less resistant to attack, they can be harder to approach. The flail orbits around the Flailarmor either clockwise or counter-clockwise, but if Specter Knight strikes the flail's ball with his scythe, it will reverse direction. Flailarmors have the same color variations of regular Goldarmors but contrarily to the latter's, said color does not indicate different attributes between the Flailarmors.

Every variety of Goldarmor has a crippling weakness to the Dread Talon, which can kill them in just one hit, making them rather easy to dispatch for Specter Knight.

In King of Cards, King Knight can Shoulder Bash Goldarmors while their shields are in front of them, causing them to be briefly stunned so King Knight can damage them further before they recover. Additionally, Sumo Goldarmors which can body-slam and jump on the player are introduced in this campaign.

A single normal Goldarmor appears in Shovel Knight Showdown as an unlockable playable character and the rival of Mr. Hat's story. In said story, Goldarmor wants to apprehend Mr.Hat for stealing the village's hats. However, Mr. Hat defeats him and uses his helmet as a new hat. Goldarmor is unlocked after beating Mr. Hat's story.

In Shovel Knight Pocket Dungeon, Goldarmors have three hit points each and raise their shields when hurt.

A golden armored knight sporting red decorations first encountered in Pridemoor Keep, being the most basic form of the enemy. He has no abilities outside of the standard Goldarmor attacks and shield defense. On the map screen, Goldarmors are used to mark roaming encounter stages. They appear in Pridemoor Keep, Clockwork Tower, and Tower of Fate: Entrance.

Purple Goldarmors have an attack identical to the Throwing Anchor Relic, of which they share the shade. They appear in Iron Whale and Tower of Fate: Entrance.

The Green Goldarmor possesses a 'sword drop' similar to Shovel Knight's own Shovel Drop, making them a more versatile foe. They appear in the Explodatorium and at Tower of Fate: Entrance.

When thrusting, Red Goldarmors follow up with an immediate second thrust. Their attack is also faster than that of the other varieties. They appear in the Lost City, Clockwork Tower, and Troupple Pond.

Silver Goldarmors are the last variety of Goldarmors encountered. They combine the fighting style of Green and Red Goldarmors, possessing both the sword drop and the double thrust. They are the toughest variety to fight, and as such drop the largest amount of treasure, a gem worth 200 gold. They appear in the Clockwork Tower, Tower of Fate: Ascent, and the Birder Bluffs.

Flailarmors are a unique type of Goldarmor that appear in Specter of Torment and King of Cards. Rather than using lances, these enemies attack using spiked balls on chains that rotate clockwise around them. Flailarmors can have the same colors of a regular Goldarmor or the colors of a Silver Goldarmor.

The Sumo Goldarmor is a type of Goldarmor only found in King of Cards. Unlike other Goldarmors, the Sumo Goldarmors lack weapons and instead attack with their bodies. They try to attack King Knight by body slamming or jumping on him. They appear in Pridemoor Keep.

Red Sumo Goldarmors are more powerful and dangerous than a normal Sumo Goldarmor; they use body slams much faster and more frequently and can also use them in the air, making it harder to get past or attack them. They also generate sparks when they land on the ground after a much faster jump. They appear in the Lost City and Troupple Pond.

Purple Sumo Goldarmors are able to float in the air for several seconds before hitting the ground after a jump. They appear in the Stranded Ship and Birder Bluffs.

In King of Cards, all three Goldarmor variants have their own Joustus card:

"Goldarmor: Watch the direction of your Dash Slash! The gash over your foe shows the path! Don't be rash!"

"Goldarmor: If you fall in battle, some of your gold will spill out in flying bags! Make sure to retrieve them."

"Goldarmor: I always spend my gold before going to battle. That way, I won't lose it."

"Goldarmor: Our wise king has ordered us to gild the whole of Pridemoor Keep! May he reign for a hundred years!"

"Goldarmor: Gilding is how you show the world you mean business. You know, can't have a kingdom without flashing some gold."

"Goldarmor: Hey, aren't you that undead I met earlier? I swear, I can't tell the difference between you guys!"

"Goldarmor: This action is too much for me. Maybe I'll find an easier House of Joustus, or buy some better cards... "

"Goldarmor: Hey... You look kinda suspicious. Do you belong here? Who's your commanding officer?" 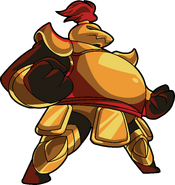 Sumo Goldarmor from King of Cards. 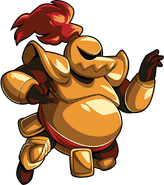 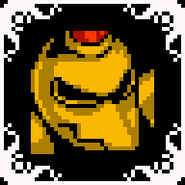 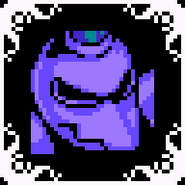 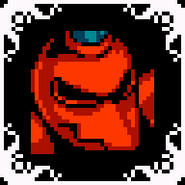 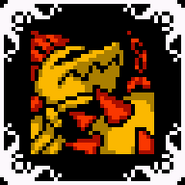 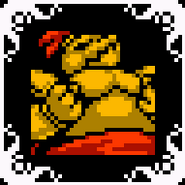 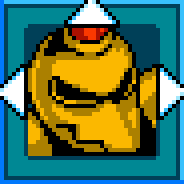 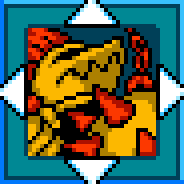 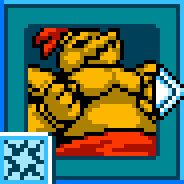 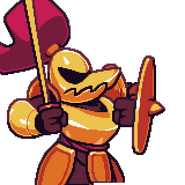 Goldarmor's portrait in Pocket Dungeon.
Add a photo to this gallery

Retrieved from "https://shovelknight.fandom.com/wiki/Goldarmor?oldid=36652"
Community content is available under CC-BY-SA unless otherwise noted.