The Donor's Despair (before defeating The Big Creep)

No Weapons Here (after defeating The Big Creep)

The Hall of Champions is an optional stage in the second quadrant of the Valley in both the Shovel of Hope and Plague of Shadows campaigns. In order to reach it the Explodatorium must have been cleared.

The Hall of Champions is filled with portraits of people who donated $200 or more to the Kickstarter campaign. This is referenced in its description of being 'a monument to those who founded this great land' as well as being hinted towards in many pieces of dialogue surrounding the location.

Under said portraits, you can find the initials of the people in a strange code, the code can be seen next to the alphabet in two of the rooms containing a chest and music sheet.

The common NPCs found in this stage include the Cultured Fellows and the Patrons.

In Shovel of Hope, Shovel Knight must pay a one time fee of 5000 gold to the Ticketer to enter the building proper, only to learn that the place has been haunted by ghosts and everybody is trapped inside. Using the Light Orbs found inside, Shovel Knight can purge the Hall of its ghost infestation. After defeating their boss, he is rewarded with a measly payment of 50 gold from a rather unapologetic Ticketer. This will also grant the Hall Champion Feat.

Within secret rooms on the far east and far west ends of the Hall of Champions lie Music Sheets #14 and #15. In the Sony, Xbox One, and PC Versions, in the east secret room, a fake floor can be destroyed, revealing an extra room containing their respective version of the Curious Map.

In Plague of Shadows, the Hall of Champions is no longer haunted and instead is guarded by the Head Guard. He lets Plague Knight enter the building without paying an entry fee, only to lock him inside and unleash a horde of knights in an attempt to arrest him. Besides that, the layout of the rooms and their contents remains unchanged from Shovel of Hope.

After all the soldiers are defeated, the Head Guard will surrender, but claims that the clash was a good sparring and allows Plague Knight to come back and train with them. Plague Knight can decide to pay him 500 gold and enter the stage again, where all the knights must be defeated and all paintings destroyed within a time limit of 3 minutes and 30 seconds. Should Plague Knight fulfill the task, the reward will be 750 gold and an extra Scrap Sheet, as well as the Hall Villain Feat.

The Hall of Champions contains also 20 Cipher Coins. Since the majority of the coins is hidden, and they can only be permanently collected upon the stage completion, it is advised to collect them all before clearing the Hall of Champions the first time. Otherwise, the missing coins will have to be collected during the time limit, while simultaneously trying to win the mini-game.

Out of all of the portraits that are seen hanging in the Hall of Champions, some of them are of notable individuals. 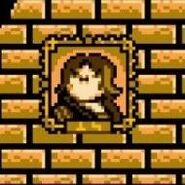 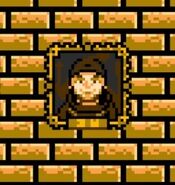 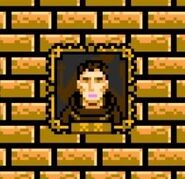 Portrait of Vitas Varnas.
Add a photo to this gallery
Retrieved from "https://shovelknight.fandom.com/wiki/Hall_of_Champions?oldid=37628"
Community content is available under CC-BY-SA unless otherwise noted.