Hedge Farmer is a minor character in Shovel Knight: Treasure Trove. He is Reize's uncle and brothers with the Hedge Pupil, 'Edge Farmer,[1] and Ledge Farmer.

Hedge Farmer is an anthropomorphic hedgehog farmer. He wears a green coat and a green hat, and carries a shepherd's crook.

Reize's "uncle", the Hedge Farmer, seemingly raised him teaching various lessons, like "being humble in victory" (as evidenced by a victory quote in Shovel Knight Showdown) and tricks (Like Reize's "Hedgespin" also in Showdown), and Reize seems to remember and follow all of it.

In Shovel of Hope, Hedge Farmer can be found east from the shops in the Village, next to a pile of dirt. When questioned by Shovel Knight he express is skepticism about the knight's identity. As proof, he challenges the knight to dig up a nearby pile of dirt.

Hedge Farmer rubs his chin as he observes Shovel Knight starting to dig. He jumps with joy once the pile completely dug out, exclaiming that "You really are Shovel Knight!"

Depending on how the Dig Pile is dug up, the dialog changes:

He reappears in the ending, observing the fall of the Tower of Fate with the rest of the Village and rejoicing at the newfound peace.

In Plague of Shadows, a picture of the Hedge Farmer can be found in the ruins of his childhood house in the Village's outskirts. A picture on the wall is visible, depicting both Hedge Pupil and Hedge Farmer.

During the endgame, he can be seen rejoicing at the destruction of the Tower of Fate, next to his rebuilt house.

During the ending of Specter of Torment, Specter Knight carries an unconscious Reize and deposits him at the doorstep of the hedgehog brothers' house. The door opens as Specter Knight leaves, with two silhouettes matching Hedge Farmer and Pupil appearing behind.

In King of Cards, Hedge Farmer appears at the beginning of the Roll Course.

When talked to before digging completely the pile up:

"Hedge Farmer: Are you really
the
Shovel Knight? Prove it by digging up this dirt!"

After digging up the pile in more than one stroke:

When digging the pile in one stroke:

"Hedge Farmer: No way!
That was unbelievable!
The whole pile with one stroke...How is that even possible?! You truly are a Legend of Digging, Shovel Knight! My hero, the Blue Burrower!"

When digging with the Fishing Rod:

"Hedge Farmer: Wel...Hmmm...That was something I never thought I'd see. Interesting technique, I guess? Maybe you are Shovel Knight?"

At the beginning of the Roll Course:

"Hedge Farmer:
Woah
, are you OK? Looks like your Vigor got knocked out! But that's OK, because this is the Roll Course! Rolling is great! You can sail through dirt and get more distance without stopping or spinning up! Just quickly press [x] again during your Shoulder Bash, but watch your spacing! You need a little runway." 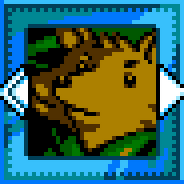 Sprite.
Add a photo to this gallery

Retrieved from "https://shovelknight.fandom.com/wiki/Hedge_Farmer?oldid=37647"
Community content is available under CC-BY-SA unless otherwise noted.