Glidewing
Hengineer is a supporting character in Shovel Knight: King of Cards. She is the engineer of the Glidewing, an airship commandeered by Cooper, who performs repairs and oversees ship maintenance. She is also a freelance inventor whom King Knight can buy permanent abilities from.

Hengineer is a bipedal anthropomorphic female chicken, otherwise known as a hen. She wears a blue outfit covered by an orange apron, along with a blue bandana she wears on her head.

When King Knight first attempts to use the Rat Rope outside of the House of Joustus, Cooper and the Bard approach him offering him a partnership to claim the Joustus crown. King Knight accepts, and the three use the rat rope that leads them aboard the Glidewing, Cooper's airship. After Cooper welcomes King Knight, he can walk to the engine room on the left side of the Glidewing, where he'll find Hengineer. When King Knight approaches her, she introduces herself and offers King Knight to browse her freelance inventions, which he can purchase.

She cheers for King Knight along with the rest of his allies when they assemble at several points during the game.

Depending on how many followers were recruited, Hengineer may or may not be present to support him when he battles the Enchantress, and consequently may be among those knocked off the Tower of Fate when he chooses to join the Order of No Quarter. If she isn't, she's in her usual spot on the Glidewing, panicking at the ship being overrun by the Enchantress and Propeller Knight's forces.

She's then seen during the ending in King Knight's former room in the Homestead, repairing TMK-500 whether or not it was recruited. She's successful in doing so, to the applause of Doe and any other former members of King Knight's retinue from his adventure.

Hengineer is a merchant who sells permanent abilities to King Knight. At first, only Healing Tears and Wealth Whirl are available. After King Pridemoor joins King Knight on the Glidewing, she adds Impact Sparks and Blast Roll to her inventory.

When King Knight first speaks to her aboard the Glidewing:

"Hengineer: S'prised to see ya here in the back, fancy pants. When the Glidewing creaks, I'm the gal with the grease. I do a little freelance inventin', too. Wanna see?"

If King Knight denies her request:

"Hengineer: Maybe later then. Oh, and quit bashin' into the bulkheads, 'less you're plannin' to fix the dents,
b'kaw!
"

When King Knight first speaks to her after King Pridemoor joins the Glidewing's crew:

"Hengineer: Did you know King Pridemoor was trained in blacksmithin'? I sure didn't! Well, I won't be outdone! I've stepped up my craft, too! I've been incubatin' a clutch of high-end upgrades! Got some quality kit. Wanna take a gander?"

When King Knight speaks to her for the second or more time after King Pridemoor joins the Glidewing's crew:

"Hengineer: I've been incubatin' a clutch of high-end upgrades! Got some quality kit. Wanna take a gander?"

When Propeller Knight attacks the Glidewing:

Whenever King Knight speaks to her after all four of her upgrades have been bought:

"Hengineer: All done! You're upgraded,
b'kaw!
Now get out there and keep your bolts tight and your molts light!" 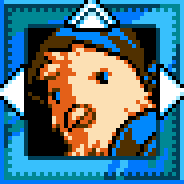 Concept sprites, with Cooper for comparison.
Add a photo to this gallery
Retrieved from "https://shovelknight.fandom.com/wiki/Hengineer?oldid=32532"
Community content is available under CC-BY-SA unless otherwise noted.