The Enchantress' army (formerly, as King Birder)
The Glidewing's crew (as Birder)

Lord and high ruler of the Birder Bluffs

The Oblique Angel
King Birder is the third Joustus Judge as well as a king ruling over the Valley in King of Cards. As his name implies, he is the ruler of the Birders, residing in the Birder Bluffs.

As King Birder, he has a slender and tall figure in a long pink and dark purple robe with a hood. His head is luminous and filled with electricity.

After being reverted to his true self, he looks just like any other Birder, and it's revealed that his robe was completely empty the whole time.

As King Birder, he is cruel and tyrannical, loyal to the Enchantress and ready to do anything to serve her and her plans.

However, after being freed from the Enchantress's magic he becomes friendly and energetic, willing to collaborate with King Knight to defeat The Enchantress.

After completing the Lost City, a talking Birder appears in the Tower of Fate hub. As King Birder is the only other Birder capable of speech, it's clear that they are the same individual.

After King Knight makes his way through the Birder Bluffs, King Birder appears in a brief conversation with Specter Knight and a mysterious figure about their plan to conquer the Valley. King Knight and the Glidewing's crew then arrive at the King's Roost so that King Knight can challenge King Birder. King Pridemoor tries to invite King Birder to a Joustus game, but King Birder instead declares that he'll enslave the entire crew, forcing King Knight to fight him.

King Knight manages to defeat King Birder and destroys the enchantment, freeing the feathery fiend from the Enchantress's spell. The Enchantress then shows up and reveals that she was the one who created Joustus as a ploy to gain power over the Valley. She taunts the crew and leaves to complete her plan, and the former King Birder (who has retained his ability to speak) agrees to team up with King Knight to stop the Enchantress.

King Birder comes along with the rest of the Glidewing crew to help King Knight against The Enchantress. But the latter laughs at the Three Kings, considering them weak and deciding to curse them to create a monster. The bodies and Essences of King Pridemoor, the Troupple Acolyte (spokesman of the Troupple King) and the former King Birder are merged in The Grand Triumvirate, a golden giant. King Knight destroys the creature and frees the kings, but then betrays them to steal Pridemoor Keep and become a true king.

Note: This is King Birder's deck from Challenge Mode, he can't be battled in the normal campaign.

Birder at the tower's banquet hall after completing the Lost City:

"Cloaked Figure: Time flows ever on, Specter Knight. Is our grand plan proceeding as planned?"

"Specter Knight: A contender has defeated two Joustus Judges. They now travel as one to the Birder Bluffs."

"????: Ha ha ha... Splendid. Soon, everyone will be brought togheter. I'd feared ours would be a protracted struggle, but the Joustus Crown turned out to be the right angle! What fools,
ha ha!
"

"Cloaked Figure:
Hmmm,
is something wrong, Specter Knight? Is our cohort making you uncomfortable?"

"King Knight: Ah, it's that deathly-pale card courier from the Plains. Fetch me a drink, or clear my path!"

"Specter Knight: My leader's power is growing unfathomably strong. If I were you, I'd show us both more reverence."

"King Knight: My power has grown as well. And unlike you and your fetid frame, I kneel for no one."

"Specter Knight:
Arrogant fool!
You will soon learn your place!"

"King Pridemoor: Oh! Well, hello there! Greetings, fellow king! Let the final match begin! Hmm, where shall we all sit?"

"King Birder: Sit?! You need only kneel before your new master, King Birder, and prepare for an
eternity
of
servitude
."

After King Birder is defeated:

"Troupple Acolyte: By frond and finn!
It's a fake! A decoy!
"

"King Pridemoor: King Birder was merely an enchanted Birder? But then... Who is the final Joustus Judge?"

"King Pridemoor: King Birder was a deception! What's the meaning of this!?
Who are you, witch!?
"

"The Enchantress: The Joustus Crown was a contest of my own devising. I wanted the kings, the "Joustus Judges", lured into one place... Ready to be controlled!"

"The Enchantress: While the world obsesses over a silly card game, I've amassing an invincible order of knights."

"The Enchantress: I was going to control your minds, but the Joustus Crown has already afforded my plans ample time. Can't you see? I've already won. Soon, you'll feel the might of a true tyrant.
Toodle-oo,
imbeciles!"

"Troupple Acolyte:
We must return and warn the the others!
What will become of our kingdoms?"

"Birder: What a strange dream.. Oh, and new friends are here! Are they the ones that rescued me?"

"Birder: Wait. Are they talking about me? Can they hear
me?!
..The Enchantress gave me a voice! It was
her
voice before... But now I have my own voice! And I've overheard her plans. Maybe I can help?"

"King Pridemoor: King Knight, this Birder has endured great hardship for his knowledge. Please, listen to him."

"Birder: Hop on my back, friend. I'll tell you all I know about the Enchantress. Perhaps, with luck, we'll prevail."

Going to the Glidewing afterwards:

"Bard: You're back! Our cohorts just told us the awful news!"

"Troupple Acolyte: It's all true! The Joustus Crown was a sham! The Enchantress distracted us all!
We're doomed!
"

"Cooper: Everyone, settle down! Your attention, please! Hope is not yet lost. The Enchantress fooled us all... But unfortunately for her, she also brought us together."

"King Pridemoor: Our captain is right, we must unify and fight for what we cherish! My kingdom, my Griffoths.."

"Troupple King: My friends at the Troupple Pond, and our Majestic King!"

"Birder: For Birders, and all those without voice. I may have just joined, but I bet your angle is true!"

"Cooper: It's been quite a journey, but our goal is now clear. We can't let the Enchantress win. Now,
who's with me!?
"

"Cooper: I'll fly us close to the Tower of Fate ahead. This is it, King Knight. We're all depending on you."

Former King Birder at the Joustus room in the Glidewing: 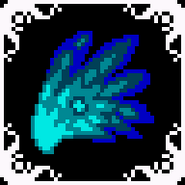 King Birder's portrait after returning back into a normal Birder. 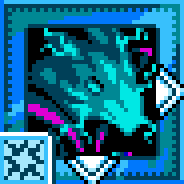 King Birder's sprite after returning back into a normal Birder.
Add a photo to this gallery
Retrieved from "https://shovelknight.fandom.com/wiki/King_Birder?oldid=36480"
Community content is available under CC-BY-SA unless otherwise noted.