Liquid Samurai are minor enemies in Shovel Knight: Treasure Trove, encountered only in the Tower of Fate. All three varieties have only two hit points but are still tough opponents. In Shovel Knight Showdown, a Liquid Samurai with three variants' abilities appears as one of the playable characters.

The red Liquid Samurais are swordsmen. Once the player gets too close, they will sprint after him and use melee attacks with their sword. Upon defeat, they drop 2 red gems worth 50 gold and a jar. One weakness which makes them easy to avoid is their tendency to run off ledges, often onto spikes, killing them. While their speed can make them difficult to hit, they can be defeated easily with ranged Relics.

They can be seen in the four campaigns' ending sequences, and also periodically appear as NPCs in the Tower Hub in Specter of Torment.

The green Liquid Samurais are archers. Unlike the Swordsmen, they try to maintain distance from the player and shoot arrows. Like most projectiles, these arrows can be reflected back toward the archer who fired them. They drop two red gems worth 50 gold when killed. They will try to run or jump away from their foe when approached, and will often perform a burst-fire move when jumping.

The blue Liquid Samurais were originally meant to appear in Shovel of Hope, at which point they were supposed to be able to attack with both a sword and a bow and arrow. However, they were cut from the game and thus only make cameo appearances in the ending cutscenes of Shovel of Hope and Plague of Shadows, as well as in the Tower of Fate hub in Specter of Torment.

In King of Cards, the blue Liquid Samurais finally appear as enemies and are equipped with razor claws. Unlike the other two variants, the Reavers don't move by running; instead, they do spinning jumps. While jumping, they can still damage King Knight but can't be harmed by his attacks. When attacking, Reavers use their claws to perform melee attacks.

In King of Cards, all three Liquid Samurai variants have their own Joustus card:

In King of Cards, a Liquid Samurai Archer appears in the Tower of Joustus as one of its players. He can be found hanging on the ceiling in the room above Missy. In order to be challenged, King Knight must find a table for the Samurai to sit at; this table can be found by Shoulder Bashing the wall in the upper-right corner of the room. King Knight must also take care not to pass under the Samurai while doing so, or else the Samurai will drop to the floor and not return to the ceiling until King Knight leaves and reenters the room. Once the table is revealed, King Knight need only to stay at the table and the Samurai will make his way over to it and take a seat, at which point he can be challenged to a Joustus match.

"Liquid Samurai: Stay grounded and attack as quickly as possible! Your foes will fall in no time."

"Liquid Samurai: Even I can't climb up some walls... I suppose it's because they look different."

"Liquid Samurai: You can't control the direction of the Dash Slash! It's based on whether you are above or below your enemy."

Joustus Player Liquid Samurai Archer at the Tower of Joustus (without a table):

"Liquid Samurai: Formless and infinite are we, her legion of guards. Liquid Samurai.
Intruder!
By our Queen's order, we settle our scores in Joustus here. Without a table nearby, our battle cannot commence."

Joustus Player Liquid Samurai Archer at the Tower of Joustus (with a table):

"Liquid Samurai: Formless and infinite are we, her legion of guards. Liquid Samurai. Today we taste victory at the House of Joustus. You challenge us?"

"Liquid Samurai:
For our queen!
"

"Liquid Samurai: Still your tongue! We guard the Tower's entrance with full attention!"

Liquid Samurai Swordsman wandering at the Tower of Joustus:

"Liquid Samurai: Joustus spreads across the land readly, like a fast-acting toxin. Our queen is making her move."

Liquid Samurai Reaver wandering at the Tower of Joustus: 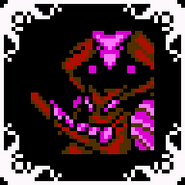 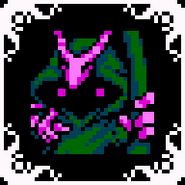 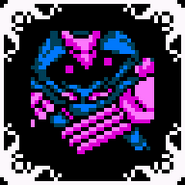 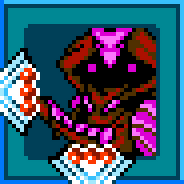 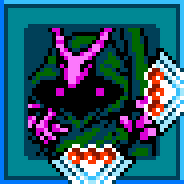 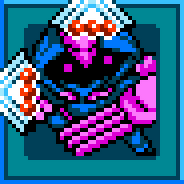 Early version of Liquid Samurai Reaver.
Add a photo to this gallery

Retrieved from "https://shovelknight.fandom.com/wiki/Liquid_Samurai?oldid=36933"
Community content is available under CC-BY-SA unless otherwise noted.