Mantars are minor enemies in Shovel Knight: Treasure Trove. They are seen in the Iron Whale (Treasure Knight's stage). Mantars seem to be based on Manta Rays, as their name implies.

They swim back and forth in a straight line and only have one hit point, but can be annoying, especially when the player character is climbing a ladder. They deal half a damage point and upon death they drop a 10 gold worth blue gem. 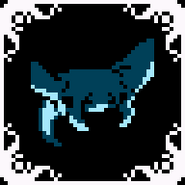 Joustus card portrait.
Add a photo to this gallery
Retrieved from "https://shovelknight.fandom.com/wiki/Mantar?oldid=24880"
Community content is available under CC-BY-SA unless otherwise noted.