House of Joustus
Old Ladies are minor characters in King of Cards. As implied by their names, they are old ladies who can be found in the House of Joustus.

Old Ladies, as their name implies, appear as short, old women. They wear a navy blue and gray outfit with a bonnet, large eye glasses, and large hoop earrings.

King Knight can find Old Ladies walking around the House of Joustus. When spoken to, they suggest King Knight to speak to Chester downstairs if he ever needs Joustus cards.

When King Knight speaks to an Old Lady at the House of Joustus:

Old Lady at the Cavern of Joustus:

"Old Lady: I wonder if anyone has challenged the Troupple King. He seems wise beyond any game or skill..."

Old Lady standing in front of the King Birder statue at the Crag of Joustus:

"Old Lady: This House of Joustus has been here for ages, nut this statue of King Birder, well, that's new. I ain't ever seen him, but apparently he's the third Joustus Judge!"

Same Old Lady after the Spinwulves are defeated:

"Old Lady: Not long ago, those Spinwulves padded on in like they owned the place, Joustus decks in their mouths. We checked the rules, and none of 'em said dogs can't play Joustus. So we let 'em.. and they tore us up."

"Old Lady: I don't know how them dogs play cards. But the the North has strange magic.. Maybe some of it rubbed off on 'em?"

Green clothed Old Lady at the Crag of Joustus:

"Old Lady: Don't you love the Birder Bluffs? When I was a girl, there weren't nearly as many Birders as today." 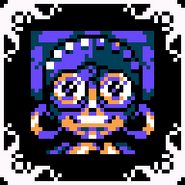 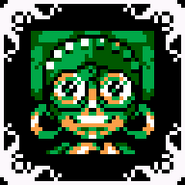 Old Lady's portrait, with a green palette.
Add a photo to this gallery
Retrieved from "https://shovelknight.fandom.com/wiki/Old_Lady?oldid=32773"
Community content is available under CC-BY-SA unless otherwise noted.