Peacock Gent is a minor character in Shovel Knight: Treasure Trove. He is a rich dandy interested in fancy clothing.

The Peacock Gent is, as the name suggests, a large blue peacock with an orange beak and green, blue, and pink feathers. He wears a large, elegant green and light-orange robed dress.

In Shovel of Hope, the Peacock Gent can be seen in the Armor Outpost, inside the Fancy Shop. When Shovel Knight approaches him, he claims to be rich enough to buy the store, but forgot his wallet. He asks Shovel Knight if he can loan him money so he can buy a hat. If Shovel Knight does, the Peacock will be surprised that his ploy worked, and will leave the outpost. He returns after the commotion with Mr. Hat.

The Peacock Gent reappears in Pridemoor Keep in the ending, among the reformed court of King Pridemoor.

In Plague of Shadows, the Peacock Gent can be seen in the Fancy Shop. He flees with the rest of the townsfolk when Plague Knight attacks the Armor Outpost, and boards the Aerial Anvil during his escape.

In the ending of Specter of Torment, the Peacock Gent can be seen fleeing from the Fancy Shop as the forces of the Enchantress attack the Armor Outpost.

In the ending of King of Cards, Peacock Gent can be seen on the newly relocated Fancy Shop.

"Peacock Gent: With my vast riches, I could buy this whole store! But I forgot my wallet. Oh! Upstanding knight! You could part with a paltry 1000 gold, no?"

When refusing to pay:

"Peacock Gent: Surely you're in a similar situation, friend? You forgot your wallet too, yes?"

"Peacock Gent: Wow, thanks! I can't believe that worked!"

"Peacock Gent: I just love coming to this fancy store. It makes me feel so...
Fancy!
" 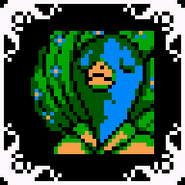 Second alternate color palette used for the Ticketer and a Cultured Fellow.

Third alternate color palette used for a Cultured Fellow.
Add a photo to this gallery
Retrieved from "https://shovelknight.fandom.com/wiki/Peacock_Gent?oldid=36243"
Community content is available under CC-BY-SA unless otherwise noted.