Shovel Knight Wiki
Register
Don't have an account?
Sign In
Advertisement
in: Shovel of Hope NPCs, King of Cards NPCs

Playing Kid is a minor character in Shovel of Hope and King of Cards. He enjoys running around.

The Playing Kid is a young human with black hair and baggy blue clothes.

Playing Kid and Hoop Kid are good friends with similar hobbies[1] and are seen together many times. In Shovel of Hope, they are both seen playing in the same spot of the Village and at the ending they are playing with Tinker Knight's toy together.

In Shovel of Hope, the Playing Kid can be found in the Village, running back and forth out back near the Hoop Kid and the Hedge Farmer. He tells to whoever wants to hear him how he is the fastest.

He reappears in the ending at the Clockwork Tower along with the Hoop Kid, waiting for Tinker Knight to finish building an automated toy replica of his tank with the help of the Shovel Smith and the Armorer. Once the toy built, he runs after it.

In King of Cards, the Playing Kid appears as a Joustus player. He is proud of his deck of Beeto and Fleeto cards.

"Playing Kid: I'm the
fastest!
No one can outrun me!"

If accepting the duel:

When defeated for the first time: 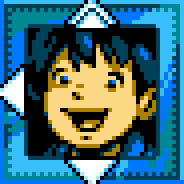