Propeller Rats are small, airborne enemies common in Shovel Knight: Treasure Trove and Shovel Knight Dig. They are brown rats with propellers strapped to their backs.

Regular Propeller Rats in Treasure Trove possess one hit point and deal half a damage point, and they can only slowly hover towards their target. In Shovel of Hope and Specter of Torment, they are often positioned in such a manner so that Shovel Knight or Specter Knight can Shovel Drop/Dash Slash into them to reach far-away places. When defeated, they fall off the screen while dropping a blue gem worth 5 gold.

Regular Propeller Rats in Shovel Knight Dig are redesigned and have two hit points instead of one, but otherwise act the same as in Treasure Trove. When defeated, they drop three green gems worth 1 gem each.

Scissors Propeller Rat are exclusive to the Xbox One and PC versions of Shovel of Hope, and can only be found in the Battletoads boss fight. They directly try to cut Shovel Knight's ropes during the Wookie Hole segment, when fighting Zitz, or to simply hurt him. These Propeller Rats are also the only enemies, besides the Beetos, that are able to be juggled. Doing so will progressively increase the value of treasure dropped, a reference to the original Battletoads video game, where enemies could be juggled for extra points.

Domino Dropper Propeller Rats are also exclusive to the Xbox One and PC versions of Shovel of Hope. They appear in the Turbo Tunnel during the fight with Pimple, and carry small red domino-like walls to drop them at the end of the path Shovel Knight is driving on. The short walls can be difficult to avoid alongside tall walls, Birders, and ramps.

The Rat King[1] is a variant exclusive to King of Cards. It is a cluster of five Propeller Rats stuck together. As such, it must be hit five times to be fully defeated (one for each rat). Other than that, it's basically the same as a normal Propeller Rat.

Several Propeller Rats without propellers can be seen in the Homestead in King of Cards, some running amok and some caged in King Knight's secret room. They cannot be interacted with.

One of the Joustus cards in King of Cards is a Propeller Rat card which can push other cards up.

One of the Joustus cards in King of Cards is a Rat King card which can push other cards up. 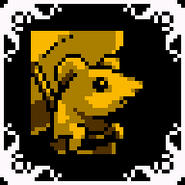 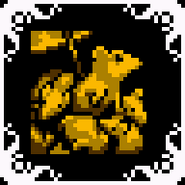 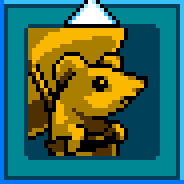 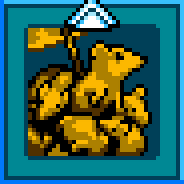 Propeller Rat's portrait in Pocket Dungeon.
Add a photo to this gallery

Retrieved from "https://shovelknight.fandom.com/wiki/Propeller_Rat?oldid=37237"
Community content is available under CC-BY-SA unless otherwise noted.