Reize is one of the Wandering Travellers encountered throughout Shovel Knight: Treasure Trove. Reize was designed by Danny D. Henderson, aka Seizui, as a Director for a Day.[1]

Reize's "uncle", the Hedge Farmer, seemingly raised him teaching various lessons, like "being humble in victory" (as evidenced by a victory quote in Shovel Knight Showdown) and tricks (Like Reize's "Hedgespin" also in Showdown), and Reize seems to remember and follow all of it.

Reize first meets Baz during Shovel Knight Showdown, where he is Baz's student for training and learning battle techniques. At the end, Baz says that they need to fight each other to be able to escape and that he already taught him everything. After that, they meet again in Shovel Knight: Shovel of Hope at the Mysterious Area, where Reize once again asks to be his student. During the ending of said game, they are also together alongside other Wandering Travellers fighting Liquid Samurai.

Reize appears an optional encounter in which he mistakes Shovel Knight for an enemy and fights him. When defeated he refuses to give in to fear and demands Shovel Knight strike him down. When Shovel Knight explains he is not a villainous knight, Reize is somewhat embarrassed and leaves Shovel Knight with some gold and a music sheet.

In the Xbox One and PC versions he can be found in the Mysterious Area in which he expresses an admiration of Baz and asks to be his student.

During the credits, Reize is seen working together with the other Wandering Travellers to fight some Liquid Samurais.

In the expansion, Plague Knight can encounter Reize as an optional Boss, much like with Shovel Knight. Reize will then ask Plague Knight to help him with his Alchemy in order to make his crush fall in love with him via a love potion.

Specter Knight encounters Reize after visiting three recruits for the Order of No Quarter. Reize invades the Tower of Fate when the players go to the Magic Mirror room. The Enchantress appears and then shoots magic at him, corrupting him into Dark Reize, who then fights Specter Knight to test his newfound powers. After the fight, Reize becomes the guard of the Magic Mirror.

After recruiting all of the knights and fighting Black Knight once again, Specter Knight fights The Enchantress. After defeating her, The Enchantress summons Dark Reize, transforming him into his "true form" as the final boss of the campaign. Specter Knight fights and manages to defeat him, but when The Enchantress attempts to take control of Reize once more in order to have him be the final member of the Order of No Quarter, Specter Knight prevents her from doing so, using his Keepsake Locket to turn Reize back to normal but relinquishing his own freedom in the process. He then carries Reize to safety to the house of Hedge Farmer and Hedge Pupil in the Village.[2] In the final flashback, it is revealed that Reize is the son of Specter Knight's former partner Luan.

"Reize: Do your worst, villain, strike me down!"
"Shovel Knight: I'm no villain! We're fighting a common enemy!"
"Reize: We... we are? Wh-why didn't you say so? Wow, I feel like a fool now."
"Shovel Knight: Think nothing of it, friend. Knights are strongest when they work together!"
"Reize: Yeah! Knight's Code, first vow: Always help a person in need! Knock 'em down, Shovel Knight!"

"Reize: I already think you're the greatest, Baz! Will you be my teacher?"

"Reize: Stop right there! Reize is here to save the day!"
"Specter Knight: ........ Reize?"
"Reize: The one and only! Uncle said there's evil stuff going on in here. And when evil's afoot, Reize is on the rise!"
"Specter Knight: Childish...You don't belong in this place... Run along, before you get hurt!"
"The Enchantress: Who dares to intrude on my tower?"
"Reize: Hey lady! My name's Reize. Are you up here to help me beat these guys up?"
"The Enchantress: Oh..
Ho ho ho ho
. Looking for an apprentice of your own, Specter Knight?"
"Specter Knight: He's nobody! Just a naive kid. Let him be... I'll escort him out myself."
"The Enchantress: A
nobody
, you say? Well that just won't do. Let's make something of him, shall we?"
"Reize: What? What are you doing to me?! The darkness...
It hurts
!! Stop!
Arrrghhhhh!
"

After Specter Knight relinquishes his humanity:

"The Enchantress:
Ha!
Reize has played his part well. With the power of the locket squandered on this whelp, your life is forfeit...
Now, you belong to me!
"
"Reize:
*cough*
...D-D-Donovan?"
"The Enchantress: Henceforth and forever you will serve me in the Lich Yard! A fitting post, don't you think?
Ha ha ha!
"
"Specter Knight: ..." 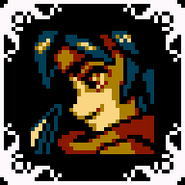 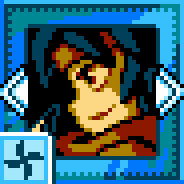 Retrieved from "https://shovelknight.fandom.com/wiki/Reize?oldid=37650"
Community content is available under CC-BY-SA unless otherwise noted.