Traitorus is a new character introduced in King of Cards and a supporting character to King Knight. He has his own Joustus card.

Traitorus is the former advisor to King Pridemoor. He betrayed the king and stole the Turn Coat,

400 and a Joustus deck. He then sells the Heirloom for

6 and, after being invited to the Glidewing by King Knight, gives the gold for free and challenges him to a Joustus match. He also shows fear for his former king while there.

At the Turn Coat Course:

"Traitorus:
Hssss...
Hello, sire. A moment of your time, if I may? I'm King Pridemoor's former advisor, Traitorus.. I've lost faith in the doddering old fool, and I seek a new king. And you look... Hm-hm-hmm!
Every bit
the part. To prove my devotion, I'll give you this pilfered Heirloom. I'm sure King Pridemoor won't notice I stole it! Here, my liege. Have a glimpse. Isn't it a beauty?"

"Traitorus: I'll await you across the ramparts. Note that this area's magic disables your Shoulder Bash."

At the end of the course

"Traitorus: Well done, your majesty. My faith seems
well-placed
in your wisdom. King Pridemoor is naught to me now!"

"King Knight: I enjoy your way lf thinking, Traitorus! Why don't you join my retinue? Your loyalty will be well-rewarded!"

When first spoken to:

"Traitorus: Hsss... Take these gems. I looted Pridemoor's private vault before I left, and now his riches are yours!"

When spoken to again:

When spoken to after King Pridemoor is defeated:

"Traitorus: Do mine eyes deceive me? Pridemoor stands right there! I'll keep my friends close... And my enemies closer." 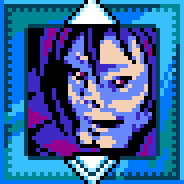 After buying his Heirloom.

Traitorus approaching King Knight in a Pridemoor Keep stage.
Add a photo to this gallery
Retrieved from "https://shovelknight.fandom.com/wiki/Traitorus?oldid=36716"
Community content is available under CC-BY-SA unless otherwise noted.