Tundreads are minor enemies who jump away from their targets and throw spears at them. Their helmets protect them from attacks from above. They are found in the Stranded Ship and Tower of Fate: Ascent. In Specter of Torment, one Tundread appear as NPC after Polar Knight's defeat.

One of the Joustus cards in King of Cards is a Tundread card which has 1 Double Arrow facing left and 1 Conveyor Arrow facing down.

Tundread after completing the Stranded Ship:

"Tundread: Walking back and forth is fun, but
sliding
is better. If only I had the Rail Mail, I could glide on the ground!"

"Tundread: I heard that Polar Knight was taking a hidden route past the Birder Bluffs.
Where's he goin'?
" 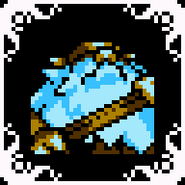 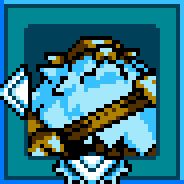 Tundread's Joustus card.
Add a photo to this gallery
Retrieved from "https://shovelknight.fandom.com/wiki/Tundread?oldid=35651"
Community content is available under CC-BY-SA unless otherwise noted.